on May 29, 2013
It wasn't until 6pm yesterday that I knew I'd be able to take part in the 5th Race of the 5K Series so I was a bit all over the place. My knee was still sore from the Half Marathon at the weekend so I had booked an appointment with the Physio (will tell ye about that in another post). She gave me the all clear to take part in the 5K but had warned me to take it easy and not go for a new Personal Best of anything. To be honest I was just delighted to be able to take part.

Two injuries and no babysitter resulted in our gang of 6 being reduced to 3 for this weeks race which was in the Galway Racecourse. I know the racecourse well - I work right beside it and have walked/run it many times before. The Great Race Galway started and finished there so we had been there earlier this month for the Great Race Galway. 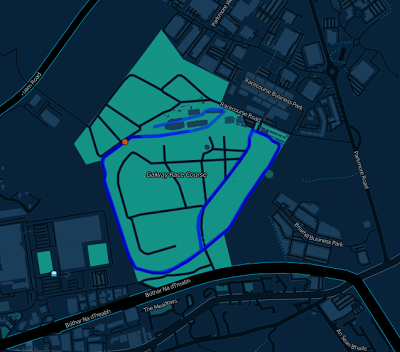 I had told myself to take it easy and just go for the run to enjoy it without the pressure of pushing myself like I felt I did last week in Craughwell. Myself, Brad and Sinead gathered at the start line just before 8pm and found ourselves yet again at the back of the runners. That keeps happening us. Maybe we aren't as eager beaver-y as the other people there. Tonight it paid off though the first 2K of the run was on a quite narrow path as we made our way around the Grandstand and onto the Racecourse.

The sun had come out while we ran which warmed the run up for us considerably. As the Racecourse Track looped, it was kind of impressive yet scary to see how much further ahead the front runners were. It's not something you can see on other routes so seeing people running towards you as the track looped around the 2K mark was impressive and intimidating at the same time.

Anyway, I'm digressing - My knee held up ok for the race but I did feel I was taking it relatively easy. I didn't push myself despite wanting nothing more than to plough straight ahead and through the people in front of me. We looped back on the track at the halfway point and ran back the same way we had come to the finish line.

My official time for last night's race was 25m 44s which I was quite chuffed with considering I was 'taking it easy' on myself. My knee was a bit niggly after the race and I did feel it as we came up the racecourse hill just around the 4K mark. Considering I didn't think earlier today that I'd have been able to take part - I'm quite chuffed with how the penultimate race in the 5K Series went for me. 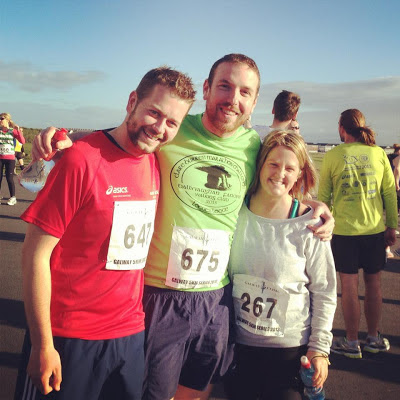 And then there were 3... Myself, Brad and Sinead

Next weeks race is the last in the 5K Series and I will be gutted when it's all over. It has been so much fun! Hopefully all 6 of us will be back together (injury free) for the last run in Tuam. We have already put our own plans in place to continue the Tuesday night running throughout June when the Series finishes to keep us on our toes. It'll be like our own 5K Series - except it's going to be 10Ks - and in exciting new locations (i.e. near each of our houses) - at an earlier time. 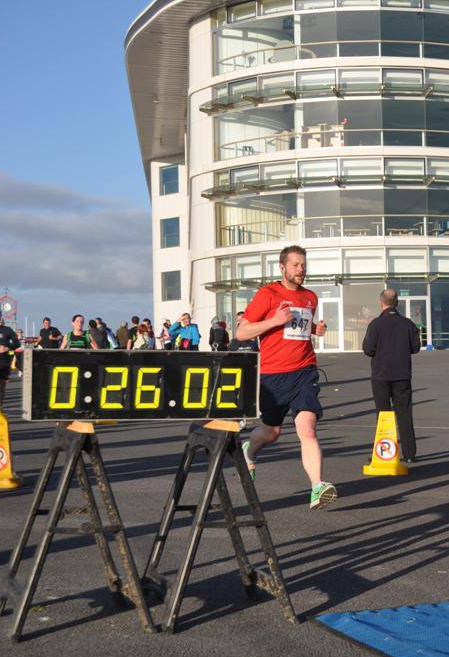 Coming in for the kill (Pic on Maree AC Facebook Page)