on May 01, 2013
Athenry was the first race in the Galway 5K Series and what a beautiful evening to kick start the Galway 5K Series... The sun was shining as we gathered around the Boys National School to collect our chips and bibs for the next few weeks.

The course seemed pretty straight forward based on the map, but as I have come to learn, nothing is ever as it seems. 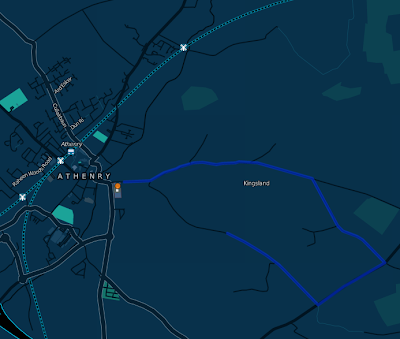 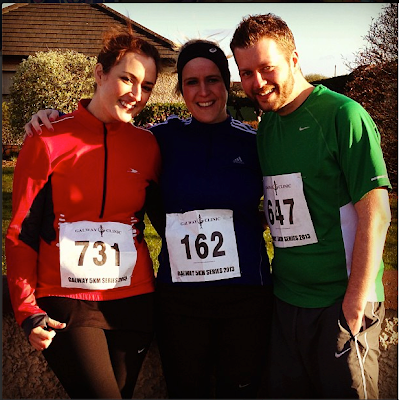 Clair, Yvonne & Me before the Race

I've never run a 5K before so was apprehensive as to what my own pacing should be as I knew it was 'only 5K' so I could push myself to go that little bit harder. The first kilometre was actually quite tough as we started close to the back so I spent the first few minutes either trying to overtake or hanging back at little while groups running together spread out a bit. Also being on a narrow country road made it all a bit 'snug'. 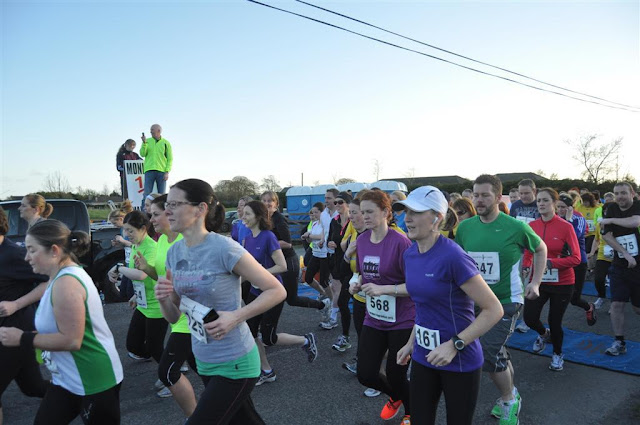 And we're off (Pic from the Maree AC Facebook)

Once I passed the 1K sign, the road was easier to navigate as you could move around people easier. The first K was on an incline so that also made it slightly more challenging. The rest of the run was on a flat which was lovely. The route was sprinkled with loads of spectators cheering us on and we even passed a cute table with some jellies in a bowl and a kid had made a sign saying 'Please Help Yourself' which I thought was really sweet!

I did push myself for this 5K my official chip time was 24 minutes 34 seconds. Amazing! I knocked a minute and a half off my own personal best (previously: 25 minutes 55 seconds). Overall I am well pleased with myself. I've run 5K in under 25 minutes which was my overall goal for the entire 5K series.

The energy and power in a race is so different to when you are going out on your own. You push yourself that little bit harder to keep up with others running alongside you. I also found not having music made a huge difference yesterday. I had nothing to occupy my mind while I kept trucking on. Usually I find I know by the time this song is over, I'll be at the next marker - not having that kind of threw me off a bit.

I missed Britney Bitch while I ran

I'll have my headphones ready for next week - along with an arm band for my phone. I found it constantly banging around in my pocket really off-putting. Hey, it's all a learning process. Overall, Race 1 was fantastic and I have yet set myself a goal for next week's race in Claregalway. To be honest, I think if I can match Race 1's time - I'll be delighted with myself!

I don't have much time to worry about improving within the week as I have Sunday's 10K to focus on in the meantime. It's all go... but I'm loving it! 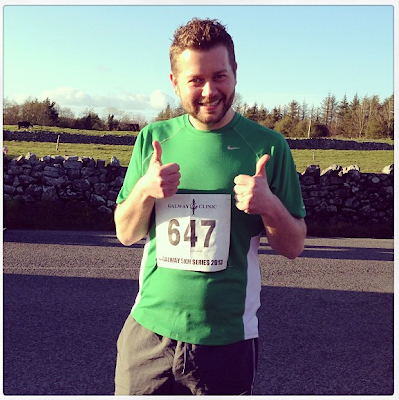