The Men Who Made Us Thin

on August 09, 2013
Did anyone watch 'The Men Who Made Us Thin' on BBC last night? It was Episode 1 of a 4 part series which "investigates the connections between obesity and weight loss, and confronts some of the men making a fortune from our desire to become thin". This episode focused purely on diets and examined the scientific reasons why so many diets fail long-term and why - "in spite of this failure - people go back to them again and again."

As we watched the program, my other half asked me why I was watching, as all the presenter seemed to harp on about was the doom and gloom of weight loss programs and how they are all destined to fail. He (the presenter) met with the heads of Weight Watchers, Slim Fast, Atkins and The Durkin Diet, but his biggest gripe seemed to be with Weight Watchers. I suspect however this was more so due to his access to current and past employees rather than picking on WW for the sake of it.

The main argument of the program was that diets are doomed to fail on the long term - and as we, the consumers, assume the failure of the diet is down to us and not the 'flawed' diet itself, we will continue to go back over and over. He purported that diets actually do not want us to lose weight and go off and live our lives happy but rather they portray how easy it is to lose weight without any care for the maintenance/changes that occur once we lose weight/hit goal.

The programme pushed (repeatedly) the following message: Any weight loss obtained through a diet will be re-gained within 5 years. Their main point to prove this was using a study conducted in the 40s (The Minnesota Starvation Experiment - Link Here) where 36 men were made live in famine like conditions on 1500 cals a day over 6 months. The study concluded that "prolonged semi-starvation produces significant increases in depression, hysteria and hypochondriasis" and found that all of the participants returned to pre-experiement weight as soon as the experiment was finished.

According to the presenter of the program:

‘Diets don’t work, people always have to come back to do them, so weight watchers is a brilliant business model.’

Using research carried out by the NHS, they found that when Weight Watchers was offered to 1,000 overweight patients by their GP, 885 people didn't take up on the offer. Of the 115 who did, only 16 of them remained at Goal Weight after 5 years. The conclusion of this was that 16 out of 1,000 shows how ineffective Weight Watchers is.

Now... I am not employed by or do I work to promote Weight Watchers, but I found the documentary to repeatedly strike blows at WW. I can only speak from personal experience when I say that it has worked for me. Will I return to my pre-WW weight within the next 5 years...? You tell me. How can any diet be held accountable for every individual that subscribes to this programs weight-loss over a 5 year period. How does any organisation do the same? Alcoholics, Drug Users etc all face the same problem. There is no single cure for Addiction (be it to food, drugs, drink, whatever) - only possible avenues to conquer your addiction.

The program concluded with the following statement (not from the presenter I might add but from a professional dietician):

"The only thing that makes sense is to look at your diet, look at your activity levels and say, ok, would I be a healthier, happier person if I ate a more balanced diet? Would I be happier if I exercised 3-4 times a week? The answer to all of those questions us probably yes. That should be what we’re asking ourselves, not how can I make the scale show a smaller number."


It is not Weight Watchers (the organisation) problem if I eat ten jumbo chocolate bars or if I stop turning up for weigh-in. It is Weight Watchers problem however if I sign up to their program and the program itself doesn't work / is flawed / caused health implications etc. The program never says at any point that the weight-loss program doesn't work. I feel its my own responsibility to make it work, mine and mine alone. Anyone who says it doesn't work is wrong - a picture paints a thousand words. This is my picture - Galway Races 2012 vs Galway Races 2013: 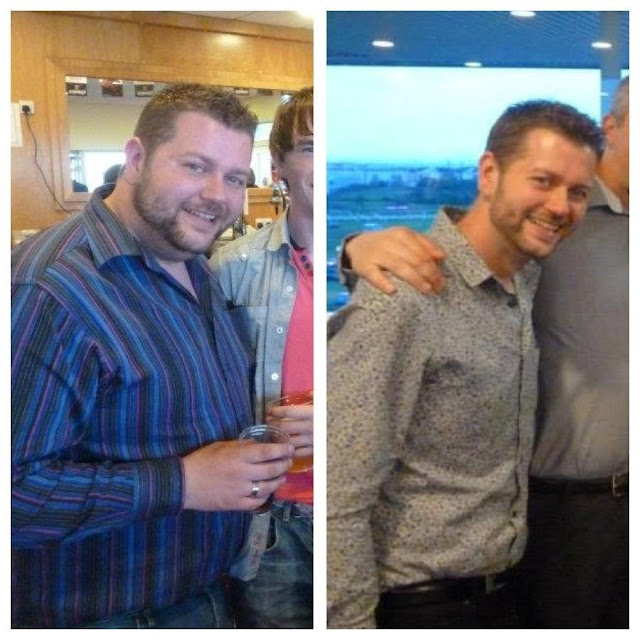